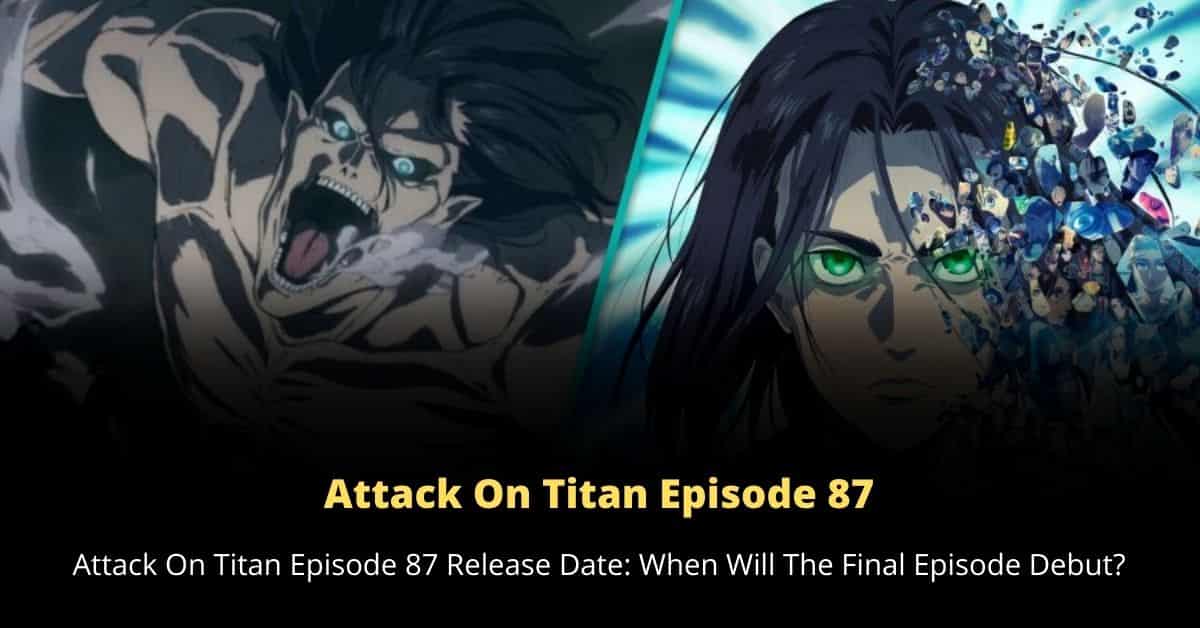 Finally, after navigating through a journey of ups and downs, we are at the climax of one of the most epic anime series, Attack On Titan. So, when will Attack On Titan Episode 87 drop on our screens? Here is all we know.

Attack On Titan is finally gearing up to close its fourth and final season with episode 87. Though the last episode of Attack On Titan Season 4 was expected to land on our screens this Sunday, the fans got a storm of disappointment as there was no episode this week. So, when will the new episode debut?

Attack On Titan Episode 87 Release Date – When Will The New Episode Come Out?

Unfortunately, Attack on Titan Episode 87 has been delayed, and it seems the fans will have to wait a bit more. While the new episode was originally scheduled for a debut on March 27, i.e., on Sunday, it has been delayed for a week.

So, the new season’s last episode will be dropping on our screens on April 3, 2022, Sunday. So, the fans will have to wait a week extra to watch the season finale.

Attack On Titan Season 4 Episode 87 Plot – What To Expect?

The finale episode of Attack on Titan has been titled, “The Dawn of Humanity” and the official synopsis of the episode says – “What we saw that day. What we talked about that day. What we chose that day. That was all he ever wanted. Nothing has changed for him.”

As we have already witnessed that the final battle between Eren Yeager’s Founding Titan and a super-powered alliance is still running, while the end of the battle is still unknown to the fans.

So, what do you want to see in Attack on Titan Episode 87? Tell us in the comment section.