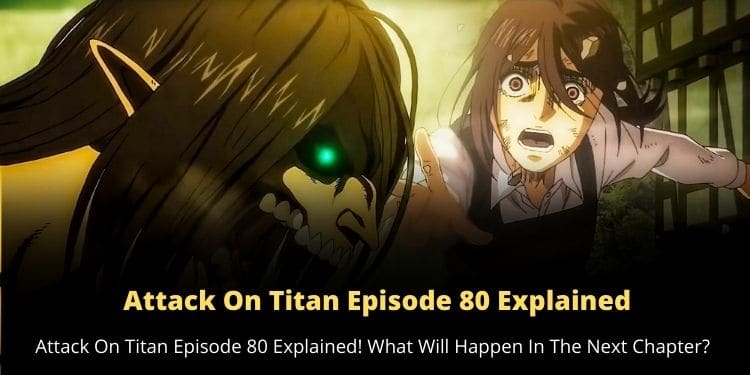 The arrival of episode 80 from the super-popular anime series Attack on Titan has left the fans stunned. The amazing animations and plot execution has kept the fan hooked up for the complete episode.

So, here is a breakdown of Attack On Titan Episode 80 –

Episode 80 of Attack on Titan starts with one favorite protagonist reaching out to Ymir the Founder to bar her from assaulting the Eldians as per Zeke’s order.

As the title suggests, “From You, 2000 Years Ago”, the plot shifts to a 2000 years old setting showing the childhood of Ymir. It showcases a village that gets beset upon due to the invasion of a powerful tribe.

The setting is pretty emotional for the fans as screams and tears surround the place. Fritz, the leader of the tribe pushed the villagers to the doors of slavery. He cut off the tongues of the villagers, compelling the little girl to live a life of slavery.

However, Ymir ultimately manages to free herself, but the leader orders his soldiers to chase her. Dealing with tons of hurdles Ymir reaches out to a strange tree, and she ends up entering there.

During her deadly escape, the soldiers shot her with an arrow, and as she was counting her last minutes, a mysterious parasite attached to her and she turned out to be the first Titan. Ymir gets hands on a bag full of magical abilities and she returns to Eldians.

Meanwhile, Fritz climbs the ladder of power and with the help of Ymir crushes his enemies. In return, Ymir turned out to be the king’s concubine. As the story proceeds, it’s pretty crystal clear that Ymir is in love with Fritz.

So, what do you think will happen in Attack on Titan Episode 81? Let us know in the comment section.

1 thought on “Attack On Titan Episode 80 Explained! What Will Happen In The Next Chapter? ”