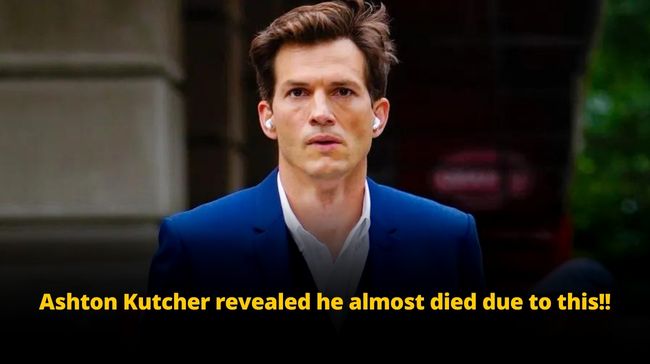 What happened with Ashton Kutcher?

As we all know, Ashton Kutcher is a well-known American hero primarily famous for his work in “The Two and the Half Men,” “What happen in Vegas stays in Vegas,” and many more.

Recently, the famous Actor revealed something that has completely shocked his fans.

In an interview, actor Ashton Kutcher expressed his thoughts that he is lucky to be alive and is blessed that he can hear properly, speak properly and listen properly. The great Actor suffered from Vasculitis. Vasculitis is a condition that involves the inflammation of the blood. Fans show great concern over the situation of their beloved Actor.

Ashton Kutcher and his side effects with Vasculitis!!

Ashton Kutcher revealed his situation in a show called “Running Wild with Bear Grylls: The Challenge,” which airs every Monday night on National Geographic.

A video was released by the media company known as Access Hollywood from the interview of Ashton Kutcher, showing us how the Actor discusses the illness which affected him. The Actor completely lost his faith and just hoped for the best!

Grylls asked Ashton where did he get the courage to face such a situation? From where did he gather so much strength in a time when everyone loses hope? Ashton’s reply to this was quite impressive. He expressed that two years ago, he had this super rare form of Vasculitis, which completely knocked off his speaking, hearing, and basic abilities. It’s like his whole-body equilibrium was out of shape. He said he was not sure whether he would be the same again. The problem with such a disorder is that no one appreciates it until it’s gone.

Dr. Peter Merkel, the chief of rheumatology at the University of Pennsylvania, described Vasculitis as a pack of diseases that involves inflammation of vessels. There are 15-20 types of Vasculitis. The disorders are also considered to be autoimmune.

The news channel NBC was unable to verify which kind of Vasculitis Ashton Kutcher was suffering. The same case was with Bear Grylls. He was also unaware of this fact. Symptoms of Vasculitis include fever, weight loss, and aches. The Mayo Clinic released this news. Apart from this, hearing loss, blindness, ulcers, skin sores, and shortness of breath are also added to the list.

We all know that fighting a disease like this requires a lot of faith, and the same was the situation with Ashton Kutcher.

His fans were very much inspired after knowing his battle and wished him all luck for the future. For more details, do not forget to follow and bookmark our website!!