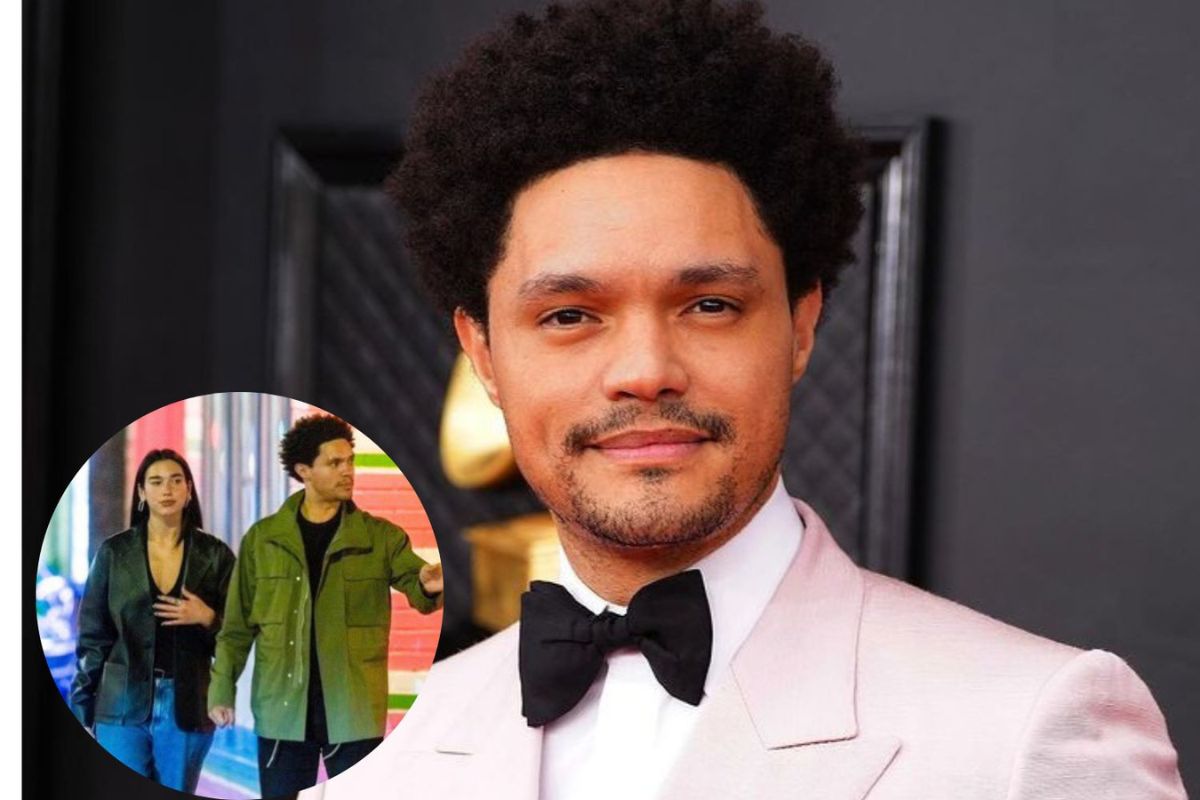 How have you been? Hope you’re doing good and having a gala time. Ah, how much we were craving to come to you to share this trending gossip news which is the talk of the town these days.

It looks like Trevor Noah is grabbing all the attention these days. People were initially talking about him leaving The Daily Show, and now it’s about him dating!

Ah, yes, we heard the same. We don’t know if it’s true, to what extent, but yes, we have been interested and anxious, thinking, is it for real?

Social media is booming with the news and the fans have only one question – are Trevor Noah and Dua Lipa dating? So, here is all we know…

He’s a South African comedian, writer, producer, political commentator, actor, and television host. He’s the host of the daily show and will soon be leaving the show, too. He has won various incredible awards, including a Primetime Emmy Award from the eleven nominated. Ah, we love him, girls. Has he been your crush lately?

She’s an English singer-songwriter. She possesses a mezzo-soprano vocal range and is well-known for her signature disco-pop sound. She has won Brit awards, Grammy awards, MTV video music awards, and two Guinness world records. Ah, trust us, this babe is just amazing!

Like, is it for real? Are Trevor Noah and Dua Lipa dating for real?

It looks like Dua Lipa has got her lucky mascot or, say, the man of her life. Well, it’s not us, but the reports tell. Yes, these cuties were clicked recently in NYC, getting a little cozy. OMG, how can we not mention that their viral kissing and hugging pictures post dinner have sparked their dating rumors? It looks like the couple is keeping things platonic. Despite these crazy rumors of the two, a source says they are just friends!

What do you think, guys… Is Dua Lipa dating Trevor Noah?

Well, maybe.. maybe not. There’s also a possibility that these two want to disclose this thing later and want to keep it private for now!

Of course, maybe their relatives and friends might know. But for now, the oh-so-live birds haven’t yet announced or haven’t given a green signal for the same.

And onlookers told the media they appeared to be very much into each other! It’s believed these cuties would have met at the Grammy Awards earlier this year, where Trevor was the host and Dua was performing!

So for everyone asking, “Are Trevor Noah and Dua Lipa dating? We still don’t have an answer

Until the couple accepts it or makes it official, we are no one to comment. But yes, we would love to see them together and wish them all the love and good vibes—comment on what you think about the same.

Don’t forget to follow us and stay tuned! We’ll be back soon! Love is in the air, oh la la!

Read More – Who Is Leaving Chicago Fire In 2022? Cast Revealed