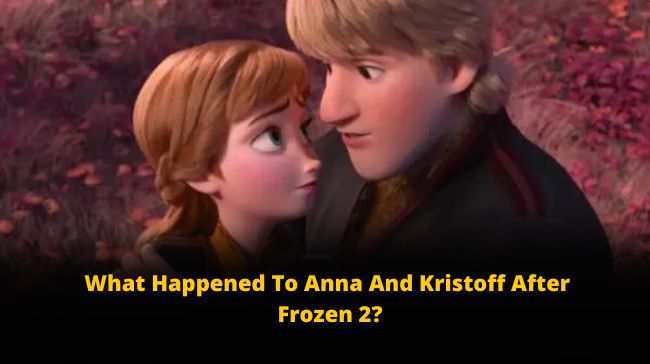 Let’s admit Frozen has always been not only kids but youngsters’ favorite, too. For apparent reasons suitable? OMG, the characters are just so cute. We can’t stop adoring them whenever we look at them. So, without wasting any further time, let’s glimpse these fictional characters.

But have you ever wondered what happened to Anna and Kristoff after Frozen 2? Here is all you need to know.

Anna And Kristoff: The Cuties

Initially, Kristoff viewed Anna as a nuisance and, because he disliked people and lack of social skills, wanted nothing to do with her.

After the show showed him kindness by buying the mountain gear and carrots which he was unable to afford, the mountain man was thus willing to return the favor by assisting the gorgeous princess in ending winter.

However, this was implied to mostly be for the sake of his ice business—Ah, we bet now you would have recalled about them, right? Well, everyone knows what happened in Frozen, but then?

In Frozen Fever, what happened?

In Frozen Fever, it’s seen Kristoff presents Anna with her birthday cake as he expresses his love for her. Also, he felt a bit embarrassed about what he said. But Anna returns that sentiment with a satisfied and heartfelt grin.

Elsa wanted to throw a surprise birthday party for Anna with the help of Kristoff, Sven, and Olaf. But, she gets a cold and unknowingly creates animated snowmen who destroy the decoration-Isn’t the story just so cute?

And then comes Frozen 2

By the events of Frozen 2, Kristoff and Anna’s relationship was fully established. The cuties were so much in love. Kristoff also tries to propose to Anna twice, but it doesn’t happen as expected.

Rest what happened; everyone knows. But A Frozen Dining Adventure aboard the Disney Wish Cruise, Anna and Kristoff’s destiny following the scenes of Frozen 2 are revealed—excited?

Can you believe Frozen 2 was loved so much by fans that it made nearly $1.5 billion at the box office?

So what are the new details revealed about Anna and Kristoff?

The show features an engagement party in Arendelle Castle as Anna and Kristoff are still left to be married.

Also, Anna has been accepted as the new queen of Arendelle. The people of Arendelle would still love and adore Anna as she has saved the kingdom on more than one occasion.

But later, whether any details of the show’s plot will be included in the mother Frozen sequel or not, remains a mystery, huh!

Frozen has been immensely loved by all the fans. But as they say, the third franchise entry would be a tough and complex challenge for the filmmakers—Imagine the level of high expectation fans would have?

But only the future will say, Frozen 3 is there, even in the scene or not. But no details are mentioned from the Arendelle: A frozen dining adventure that would be included! Comment below about what you think if Frozen 3 would come; what would Anna and Kristoff’s story be?