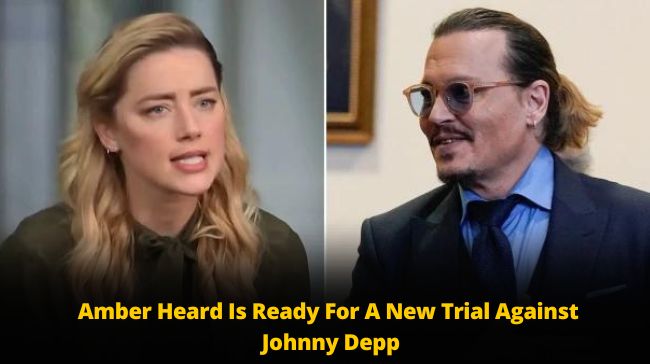 They say marriages are made in heaven…. But managed here by people in it!

The Fantastic Beasts actor Johnny Depp’s married life has been a turmoil. His legal fight with his wife, Amber Heard, has been the talk of the town all this time. Though Amber has lost the latest Heard vs Johnny Depp trail, she is back for one more. Here is all we know.

Amber and Johnny met in 2009 while shooting for the movie “The Rum Diary .”They both did not come together for a couple of years.

Depp and Heard parted ways from their partners Vanessa Paradis and Tasya van Ree respectively, in 2012.

Amber Heard is an American actress. She has played a leading role in the horror film All the Boys Love Mandy Kane and quite a few more. On the other hand, Gellert Grindelwald from the Fantastic Beast Franchise, AKA Johnny Depp, has played quite eccentric roles and has received accolades for his exceptional performance in the Pirates of the Caribbean.

Their relationship has been doomed since their marriage, and things have been falling apart for quite some time. After 15 months of marriage, Heard filed a divorce case finalized in 2016, where Depp agreed to pay $8 Million to settle. The pair made a joint statement clarifying that their relationship was intense, passionate, and volatile.

The Fighting Words – That Lead to Amber vs Johnny Depp Trial

It was in 2018 when the “Aquaman” actress brought Depp and herself into light by penning down on women suffering from domestic abuse.

Nowhere was Depp’s name mentioned, but the fans considered it the Fantastic Beasts Star.

In the Deep vs. Heard defamation trial, the jury had concluded that both Johnny Depp and Amber Heard had been abusive in their relationship.

However, Amber’s legal team failed to prove that Johnny could be accused of physical abuse in many ways.

Recently Amber Heard’s legal team raised a request for a new trial in her defamation case against her ex-husband Johnny Depp.

Still, the Court denied her request claiming the June 1 verdict of the high-profile trial to be set aside or be declared a mistrial. In this Johnny Depp Trial, Amber was issued an order by the judge to pay $10 Million as compensation and $3.5 Million as punitive damages to Johnny Depp. The Simultaneous Johnny Depp trial ensured that Depp paid $2 Million to Amber.

Amber’s legal team has been raising frivolous motions, saying that one of the jurors chosen for this high-profile trial was not the person who received the jury summons.

Now, this seems like an outrageous little guy!! The Depp legal team has already rejected this effort of the other party.

The Court rejected the motion raised by Heard, saying that “The juror was vetted, sat for the entire jury, deliberated, and reached a verdict. The only evidence before this Court is that this juror and all jurors followed their oaths, the Court’s instructions, and orders.

This Court is bound by the competent decision of the jury,” Judge Azcarate wrote, as reported by AP. Though Heard’s legal team can and will appeal the verdict, we pray they both have a promising future ahead!!

Read More – Johnny vs Amber Heard – When Is The Final Verdict Expected?