Dragon Ball Super has finally gifted the Prince of Saiyans a transformation that allows him to surpass Goku. Vegeta has tapped into the Destructor mode with his new transformation, Ultra Ego. So, today we are here with some amazing facts on Ultra Ego Vegeta.

What is Ultra Ego Vegeta?

Ultra Ego is one of the strongest battle techniques or transformations primarily used by Gods of Destruction in Dragon Ball. Vegeta has finally attained the form in the latest arc of Dragon Ball Super manga.

After intense training under the universe 7’s God of Destruction, Vegeta has unleashed his true potential to get hands-on his new abilities. While we have seen Goku unlocking the Autonomous Ultra Instinct form training under Whis, Vegeta has got his own unique transformation.

We have already witnessed Ultra Ego Vegeta in the manga and we hope with Dragon Ball Super Season 2 on the cards, the anime will also feature the transformation. So, before we see Vegeta showcasing his Godly abilities in the anime, let’s see some interesting facts on Ultra Ego form.

Like Ultra Instinct, Ultra Ego Too Has Many Levels

We have seen the progress of Goku in mastering Ultra Instinct during his fight with Jiren. Initially, Goku showcased a glimpse of his new transformation. However, with time he penetrated deeper into the form. We saw how gradually he climbed the ladder of power to unlock Autonomous Ultra Instinct form.

So, similar to Ultra Instinct, the Ultra Ego technique too has different levels. It’s possible that Vegeta may have only unlocked the first few tiers of the transformation and the anime will feature an even more powerful form in the future. 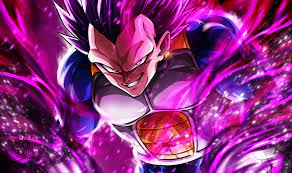 Pain makes a man powerful. This phrase goes well with Ultra Ego Vegeta. Being a form of the Gods of Destruction, Ultra Ego embraces pain and damage. While Goku’s form avoids damage, enemy attacks make the user of Ultra Ego stronger. The more damage the user takes, the more pain the user feels, the stronger he gets.

Ultra Ego Is Easier To Teach

While Ultra Instinct is a technique that cannot be taught to every mortal, Ultra Ego is one of the easily teachable techniques. Goku had to suffer a lot to master his Ultra Instinct form. However, on the other hand, Vegeta nailed down his new form much more easily as it is more intentional in nature and Ultra Ego can be triggered voluntarily.

Goku learns the art of Ultra Instinct under Whis’ training. On the other hand, the God of Destruction, Beerus trains and educates Vegeta about the transformation of the Destroyers. This enabled Vegeta to unlock his potential and absorb the characteristics of a God of Destruction.

Though Dragon Ball has a bunch of old-school techniques, there are some attacks that accompany a transformation. While Goku’s latest transformation, Ultra Instinct has not shown any special move as of now, Vegeta has already showcased a terrible attack named the Sphere of Destruction with his Ultra Ego form. So, there may be more attacks in his arsenal.