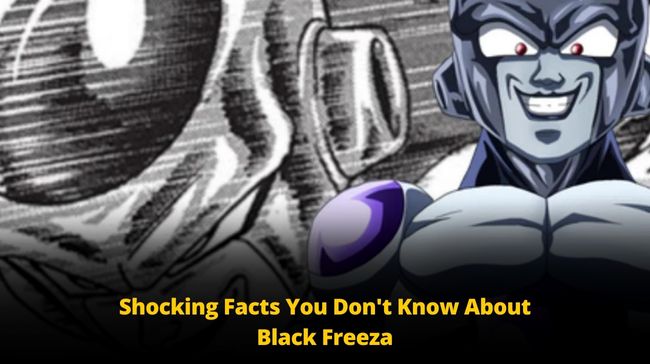 You all know how we are in love with the new form of Freeza!! So, let us take on the table today a few reasons why fans all over the world are head over heels about Black Freeza in Dragon Ball Super.

The emergence of Black Freeza

As we all know that Freeza has developed quite a love for himself among fans after achieving this new form.

Black Freeza has shocked the entire fandom and developed more attraction towards the character.

Freeza is the most famous villain of the Dragon Ball Universe, and the opportunities given him are way more than any other villain.

Akira Toriyama DBZ is 35 years old, and its success proves that the storyline is going in the right direction.

Reasons to fall in love with Black Freeza

Marks the definitive end of Freeza

Though fans are frustrated over a few habits of Freeza, if Black Freeza is successful in ultimately resulting in the unambiguous ultimate defeat of the villain, then it would definitely be an exciting and interesting way for the character to move out.

Freeza’s new form is an absolute and direct result of continuous and focused training for ten years, thereby justifying an upgrade which is a display to his dedication to dominate!!

Freeza – A Pusher for Goku And Vegeta

We have always seen Goku and Vegeta getting hand in hand with each other. The arrival of Black Freeza and the way he flaunts his strength and takes on Goku and Vegeta gives both of them a common goal to put some dedicated training into action.

New ones get a chance here !!

Not only Goku and Vegeta are the ones who have received massive transformations.

The new ones like Gohan and Piccolo too have gained tremendous transformations now, just like Black Freeza.

Freeza as an Ultimate Villain

This transformation has solidified Black Freeza’s position of being the ultimate villain by the fans. We are so glad it has finally happened!!

Previously, it’s always been Goku and Vegeta who are the only ones that are strong enough to challenge Freeza properly. Recently, characters like Gohan and Piccolo have gained tremendous transformations.

If there is any upgrade after Black Freeza?

Dragon Ball has a history where the hero tends to achieve new forms. We have seen a similar case with Goku and Vegeta quite often and with some other heroes.

It is quite possible that after the Black Freeza, the franchise may release Blue, Green, or any different color Freeza. It would be nice if the further upgrades of Freeza.

This will increase the importance of character, and the excitement among fans will also be maintained.

Any other promotion after this will lose character importance as fans have already experienced a series of upgrades in the Freeza case.

The power level of Black Freeza

Transformation has always remained a pride for DBZ, and technically, it is the core of the entire series.

We have seen the case of Goku and Vegeta, where they initially surpassed their power level and achieved new heights. The same can be experienced in the case of Freeza.

When he demonstrates his Black Form, even Goku and Vegeta, in their mightiest form, are nothing in front of him. The Ultra Extinct and Alter Ego form suffered a heavy blow. This indicates that Goku and Vegeta need to overcome their power again.

Freeza’s new form has alerted everyone that his recent form is nothing like his previous transformation. Ten years invested in the Hyperbolic Time Chamber has finally brought him fruits.

However, everyone is considering that this new form of Freeza may have other plans. Rather than defeating Goku and Vegeta, he might go for a bigger fish this time. That’s right; we are talking about Freeza taking the place of God of Destruction.

With the demonstration of his new power, he has clearly shown that he is a worthy contender for God of Destruction.

Beerus and Whis were also quite surprised to see the Black Freeza. In the back of their mind, they might also have thought of having him as a threat.

Well, the answer remains a mystery until further chapters are released. Till now, stay tuned and follow us.