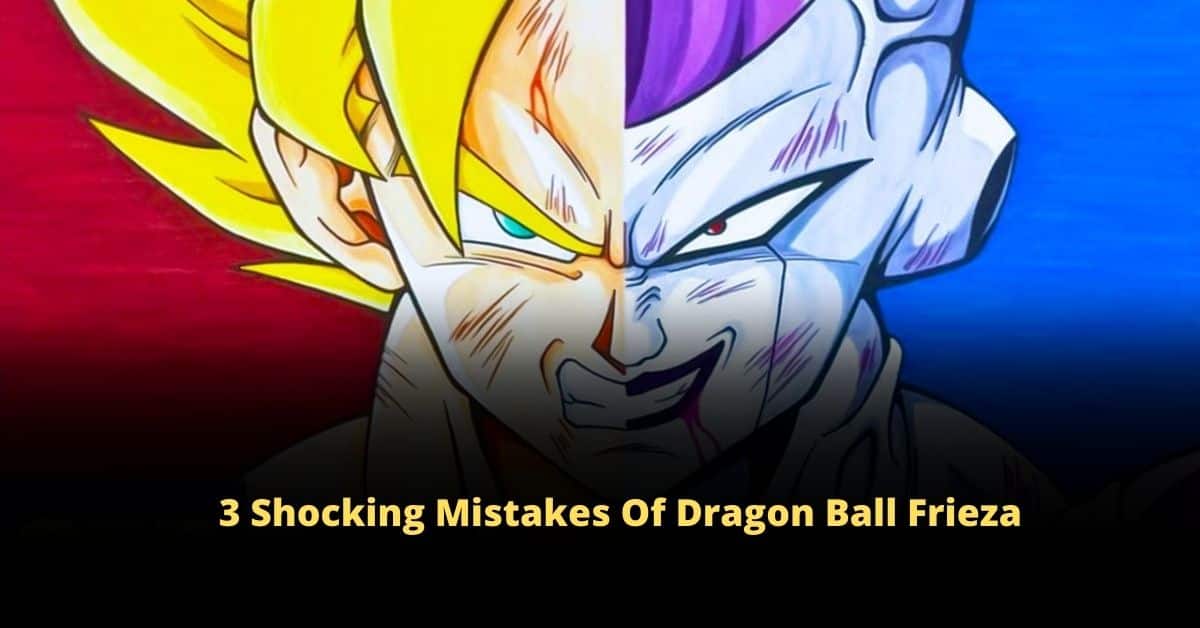 Frieza always thought that no one can defeat him and he always stayed overconfident. Overconfidence kills a man one day, and this only happened with Dragon Ball Frieza.

Though Frieza was overconfident, he was insanely powerful too. So, what led to his defeat? Sassyshows has listed down Dragon Ball Frieza’s top 3 biggest mistakes that turned him into ashes.

He always used to rely on his Team Mates

Dragon Ball Frieza was much more powerful than all of his teammates in total, but his urge to always give commands became the reason for his defeat. He could alone go and collect the Dragon Balls but he sent his men.

He also had the power to locate the Dragon balls and after locating them, he could have smashed the guards and taken the balls with him, but instead of doing this he sent his men and they were easily killed.

Doing arguments before killing anybody

When he went to fight with someone, he used to shout for a long period of time before showing his energies. Frieza always tried to flaunt his powers and underestimate his opponents.

When he went into hand-to-hand combat with Goku at that time, he wasted his time by saying;- you are a fool, I am the strongest man on earth, and much more to insult him, which in return drained out the villain’s energy.

Not accepting his Failures

Most of his fights happened with Goku, but he always said that he would come again and did not leave the arrogance after knowing that he has been defeated. Vegeta also told him that this trait will be the reason for his defeat one day. He collected dragon balls many times, but he didn’t know how to use them and he did not accept this as well.

So, these were the three biggest mistakes of Dragon Ball Frieza which pushed him to the doors of defeat. Have we missed out on something? Let us know in the comment box.