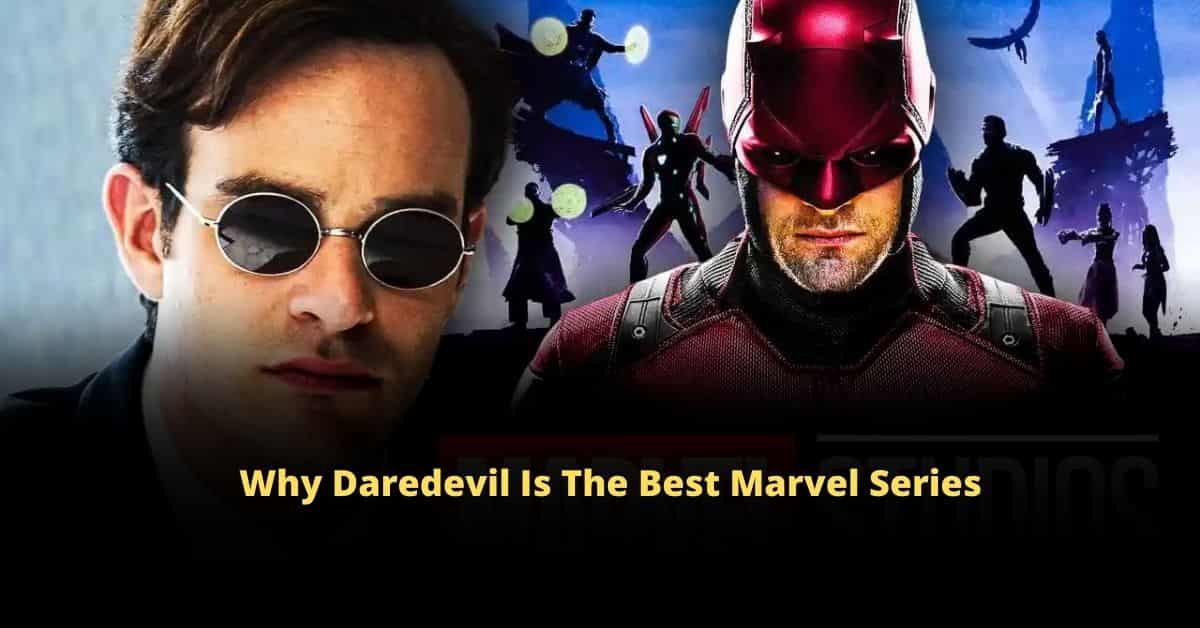 While in recent times, MCU has delivered a bunch of shows like Wanda Vision, Hawkeye, Loki, and more, fans quote Daredevil as the best Marvel series ever created. Here is why?

Marvel Daredevil was a blockbuster series that garnered millions of positive reviews from critics and fans. Though it’s been several years since the last Daredevil installment dropped, the fans are still carving for another chapter of Daredevil.

But why is Daredevil regarded as the best Marvel series till date? What makes it so special? Here is everything we know.

Why Daredevil Is The Best Marvel Series?

When it comes to a masterpiece Marvel weaved in collaboration with the streaming giant Netflix, Daredevil’s name always flourishes out on the top. With three awesome seasons, the show simply won the hearts of MCU lovers.

But what makes the series so unique? Is Daredevil over-hyped or does it deserve all the praises? Here are the top 3 reasons that makes Daredevil the best Marvel series –

While most Marvel movies and shows are PG-13, Daredevil pushes the limits showcasing insane raw violence. When it comes to on-screen performance, all the actors have delivered the best of their careers.

Whether it’s our favorite Daredevil aka Charlie Cox or the evil Kingpin or Vincent D’Onofrio, every actor has delivered a jaw-dropping performance to keep the audience hooked up to the story.

What’s the center of attraction of the Daredevil series? Hands down! It’s the hero, but what makes the show even more intense is Kingpin, the main villain.

Vincent D’Onofrio has taken the character of Kingpin to a new level with his incredible acting abilities. The third installment of the series explores different shades of Kingpin’s character and portrays why he is the most grounded villain in the MCU.

Unlike most Marvel superhero stories, Daredevil elaborates the unique story of a blind lawyer who turned into a superhero.

The story is incredibly grounded and realistic. While we see Daredevil fighting the notorious mobs in Hell’s Kitchen. The action in the plot is on another level, unlike most Marvel series.

So, if you have not yet watched all seasons of the best Marvel series, what are you waiting for?