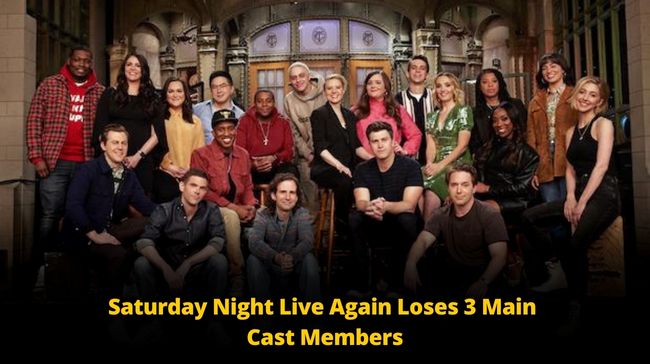 How have you been? We have missed you guys so much, and here we are back again with some trending news for you lovely people. So without wasting any time, let’s get going.

What’s Saturday Night Live All About?

Did you know the episode begins with a cold open sketch that ends with someone breaking character and proclaiming, “Live from New York, it’s Saturday Night!” Properly starting the show! Is this show your favorite, too? Because it’s absolutely the show we love a lot, make sure you don’t miss any related updates!

In short, actors, comedians, and artists get together to perform quick, hilarious skits on current, intelligent, and, at times, ridiculous topics, too. This show has got around 8/10 IMDB ratings. This show has also earned a Primetime Emmy Award for Outstanding Supporting Actress in comedy series and many more!

Who are the SNL cast members leaving the show?

Yes, so with a heavy heart, we are revealing that SNL loses three more casts before season 48!

It’s none other than as Alex Moffat, Mellisa Villasenor, and Aristotle Athari leave the show.

Also, the other four SNL players would be bidding goodbye to the show: Aidy Bryant, Kyle Mooney, Kate McKinnon, and Pete Davidson. We loved how they hugged each other at the show’s end in the last episode of season 47. Ah, we had tears in our eyes!

We are sobbing hearing this news!!

The last Season 47 was wrapped in May.

The Hollywood Reporter has revealed this drastic news.

But in fact, NBC has been declining such information. Moffat, Villasenor, and Athari haven’t given public statements, either. Since the 2000s, few other cast members would be leaving, too!

We don’t think these cast members will ever return to the show!

Yes, for now, the news is these three would be leaving, but who knows what the future holds for them. A sudden update can come later that they’re coming back, too!

Mr. Kenan thinks that the show will be ending by the 50th Season! There’s no update on when Season 48 will be coming, but as Robert was called again on the show to host it after ten years, we are hoping these three cast members will be seen again.

Don’t forget to follow us; yes, we’ll be back soon! Sayonara, and stay tuned! We love you guys! Do comment if you think this news is correct.