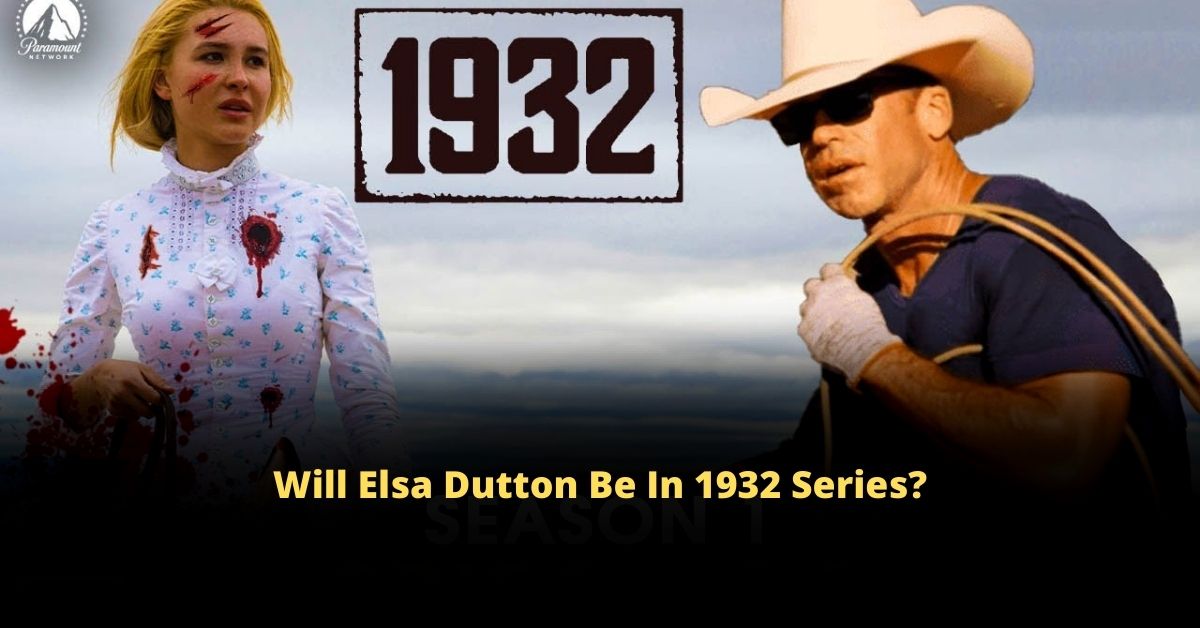 Will Elsa Dutton be in the 1932 series? Sassyshows is here with the answer and all the latest updates on Yellowstone’s upcoming series.

The past couple of years has been a huge pushback for the entertainment world. With the huge economic crisis unleashing its way to humans, every spectrum of society suffered. However, in the last few months, several franchises are dropping some masterpieces to restore the audience.

One of those super-popular franchises in today’s date is Yellowstone. Taylor Sheridan’s creation has got a new identity of the most-watched western drama in recent years. Racking up some incredible reviews from the fans and the critics, the Yellowstone Universe is rapidly expanding to bring some shocking series and Tv shows.

Recently, the super-popular Yellowstone prequel, 1883, ended with the fan-favorite character, Elsa, on her deathbed. However, the fans have not yet gotten over the incident and they are showering their theories on how Elsa may be alive and she may return in Yellowstone’s upcoming series, 1932. So, will Elsa return? Here is everything we know so far.

Yellowstone is loaded with drama, anger, betrayal, love, and twists. The Dutton family and their complicated relationship between the members make Yellowstone one of a kind show. So, with Taylor Sheridan continuously contributing to this franchise, the fans have got a better opportunity to explore the depths of the characters.

While the Yellowstone series was doing wonders, the creators came up with an announcement about its prequel. The initial announcement addressed two series – the 1883 and 1932 series.

However, on the immense popularity of 1883, the second announcement dropped that a new series titled 1932 will be released. Though Paramount+ has revealed that they are planning to drop 1932 this December 2022, we don’t have much information on the series.

Yellowstone 1883 was set in the 19th century and it revolved around the scene after the civil war. While the Duttons migrated to a new land, their journey turned more and more horrible. Moreover, the fans lost their favorite character, the main protagonist, Elsa Dutton.

With Elsa being shot with an arrow at the end of the series, the fans were clamoring to see her back on screen. So, with 1932 being the unofficial second season of 1883, will Elsa be in the 1932 series?

Yellowstone 1883’s climax murdered the loveable James’ daughter, Elsa. As the story proceeded, we saw how a cheerful and happy girl took her last breath at the end. However, before her death, she managed to hand-hold her family to Montana, where Elsa was buried.

Her death made it clear why the Dutton values the area and why the Yellowstone ranch is so precious.

Though the fans are curious to see Elsa Dutton back in the 1932 series, we believe the series will follow a new story with new characters paving their way to interact with new challenges.

So, there may be some importance of 1883 more specifically Elsa in the 1932 series, the fan-favorite protagonist will not be there. The chapter of Elsa Dutton is closed as of now. However, as per the latest leaks, 1883 will be getting some bonus episodes soon.

So, fans, are you ready to dive into a new land of adventures with the 1932 series? Tell your views in the comment box.

1 thought on “This Shocking Fans Theory Reveals How 1932 Series Will Bring Back Elsa!! ”