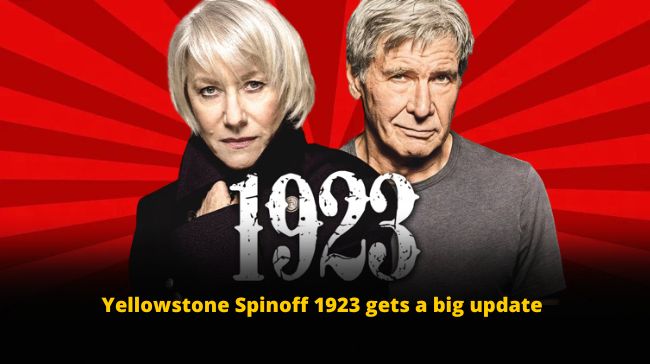 Hey Yellowstone lovers, it’s a magical day for all the fans. While the Yellowstone universe is rapidly expanding, Sassyshows is here with the latest updates on the new 1923 Yellowstone spinoff!! So, here is everything we know so far.

Though it all started with a small vision of Taylor Sheridan and the team, the Yellowstone Universe has stood out to be one of the most epic franchises in the current scenario. It has claimed a special place in the hearts of the fans and now, the creators are coming up with some fresh news every other day.

The universe is often getting updated with new plots, new cast members, new spinoffs, new shows, new titles, and much more. While it’s pretty clear that the franchise is on a rampage and it will not restrict itself to a single show. Instead, it went on with the calls of the fans and came up with several new series, expanding its universe.

Yellowstone Is Planning A Huge Surprise!!

With multiple TV series coming in, the fans get a crisp picture of the Yellowstone universe and get a true understanding and experience of everything happening around them. One of those series that created a buzz on social media is Yellowstone 1883. The series focused on the thrilling journey of the Duttons from Tennessee to Montana. However, in reality, it offered a glimpse of life in the 19th century. The Yellowstone characters guided the viewers through the hardships that people faced during that time and gave a clear picture of the Dutton’s legacy.

1883 received the love of both the audience and the critics. This made it clear that the Yellowstone Universe has a lot to offer.

So, naturally, once 1883 came to an end, the people went crazy. They started storming the social media platforms with their demands for season 2. But, unfortunately, it was soon announced that 1883 was designed as a mini-series and therefore, there will be no second season.

Instead, it will get a follow-up TV series titled 1932. Well, that was what the initial title was… However, recently the creators dropped the shocking news that the title of the upcoming series will be 1923.

1923 Yellowstone Spinoff – Everything We Know So Far!!

The official synopsis says, “1923 focuses on the Dutton family’s next two generations as they struggle to survive historic drought, prohibition, lawlessness, and an epidemic of cattle theft; all battled beneath the cloud of Montana’s great depression, which preceded the nation by almost a decade.” Though nothing is confirmed yet, the show is expected to hit the streaming platform by December 2022 or by early 2023. So, we can expect a new trailer by November. Coming under Taylor Sheridan, the magician, the fans have high expectations from the series.

So, are you excited about the 1923 Yellowstone spinoff? Tell us in the comment box.