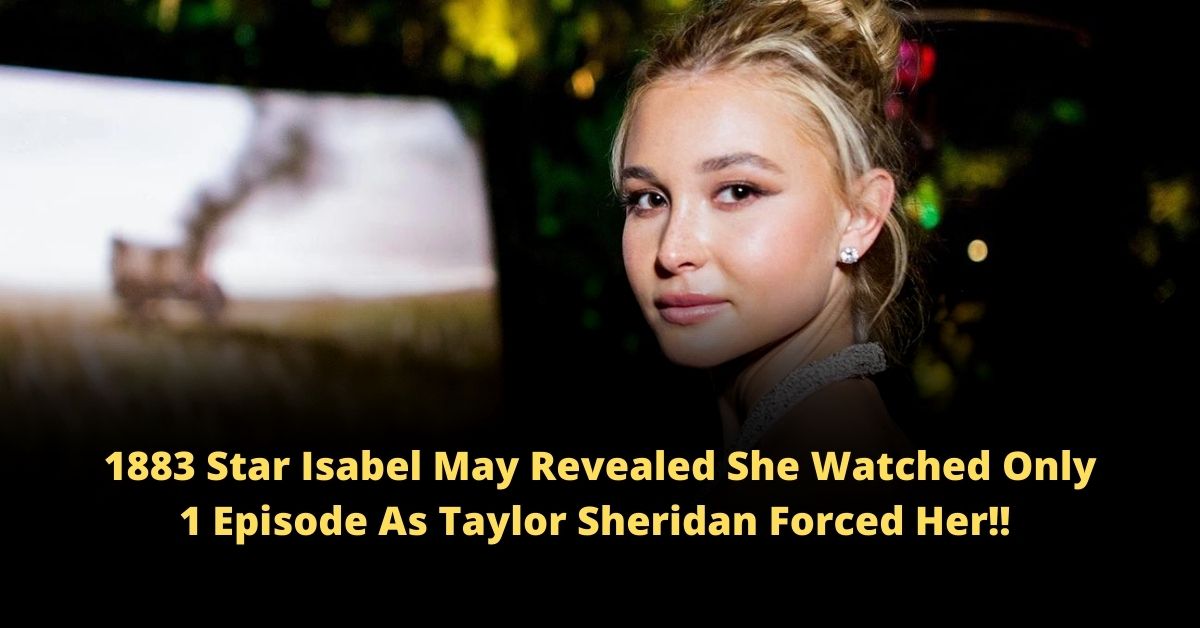 Taylor Sheridan’s western drama series ‘1883’ has already conquered the hearts of a million fans. It has turned out to be the most-watched Paramount+ show in recent times. However, the main protagonist of the series, Elsa Dutton made a shocking revelation in an interview.

1883 star Isabel May who plays the character of Elsa Dutton revealed that she is not among the millions of viewers who streamed the complete 1883 series. She further revealed that she only saw the first episode as Taylor Sheridan forced her.

Taylor Sheridan has once again proved why he is one of the best filmmakers the industry ever had. With his magnificent creation of the western drama prequel of Yellowstone, he has won millions of hearts. While Taylor weaved the most compelling story, he also dragged in the most hardworking cast for the series.

It was Taylor Sheridan who boarded in the 1883 star Isabel May as Elsa Dutton when the actress failed to secure a part in Mayor of Kingstown.

In a recent interview, Isabel revealed how Taylor Sheridan compelled the cast to watch 1883 episode 1 in screening for the whole cast.

She said, “I have seen the first episode in every variation that episode went through because Taylor Sheridan would play it, whether anyone liked it or not.”

She further added, “We would be having dinner or something over the weekend. So I have seen the first episode a million and one time. It was really cool to see it on a big screen, I will say. The first episode I saw twice I believe, three times.”

1883 Star Isabel May Did Not Watch The Show Herself

While 1883 star Isabel May scrutinized parts of the other episodes and a bunch of scenes with her performance, she never actually watched the complete series. May said, “I have not watched any other episode in its entirety. I went and I looked at certain scenes, I just wanted to see how they came out.

See if I was happy with them. I just did not want to, I have not wanted to watch it for some reason. But maybe I will in due time.”

1883 star Isabel May has delivered the best out of her career in the series. While the fans have showered their love on the actress, she failed to address them as she is not on social media.

Also Read:- 1883 Star Isabel May Will Play A Major Role In This Superhero Movie