1883 Isabel May Reveals Her Shocking Experience With Texas Heat...

We hope you’re doing great and having a gaga time. Did you miss us? Because yes, we missed you madly! So here we are again, with some trending news to cheer you up all our lovely audience. So this time, it’s all about 1883 Isabel May!

Did you know why 1883 is with her name? Because she does spectacular acting in the 1883 series.

Isabel May is an American actress who starred as Katie Cooper on the Netflix Series Alexa and Katie and had a recurring role as Veronica Duncan on the CBS show Young Sheldon.

She also held the lead role of Zoe Hull in the film Run Hide Fight. She’s the narrator and leading protagonist of the Paramount+ series 1883!

Created by Taylor Sheridan, 1883 is a television drama series that premiered on December 19th, 2021, on Paramount+.

The series stars Tim McGraw, Faith Hill, Sam Elliott, Isabel May, LaMonica Garrett, Marc Rissmann, Audie Rick, Eric Nelson, and James Landry Hebert! This movie is a prequel to Yellowstone “1883”. It’s not based on a true story. This series is indeed fictional.

She has received immense love from the fans. In the dating meeting with May for another project, Sheridan discovered she was the same needed for the Dutton’s Yellowstone clan. He felt she could represent hope and innocence, which made her win hearts!

The cast of 1883 literally knew it wasn’t an easy job. The filming was tough in Texas. The team shared that sweat poured down in parts of their body; it was that hot.1883 Isabel May also shared that the shooting was unpleasant; we can’t imagine what the cast must have gone through!

She shared there weren’t enough showers when the weather went extreme. And boom, this helped them bring the harsh realities of “1883” to life! 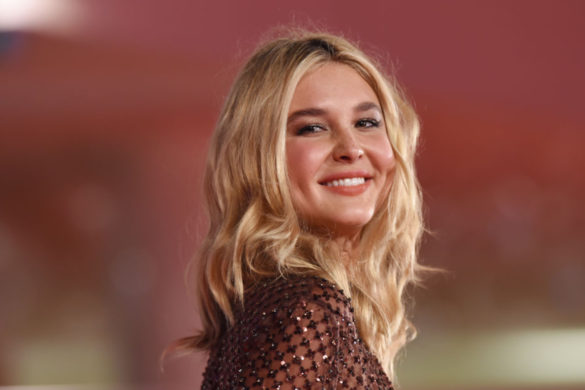 This statement of 1883 Isabel May just won fans’ hearts

Her character’s journey reflected her struggle. She was so committed to the series filming that she didn’t let anything let her down. We loved this thing about her. Don’t you, too? Stay tuned, and don’t forget to follow us! Well, be back soon! Sayonara! Oh, yes, don’t forget to comment on your favorite scene of 1883 Isabel May below in the comment section!

Read More – Where Else You Might Have Seen Isabel May Before?