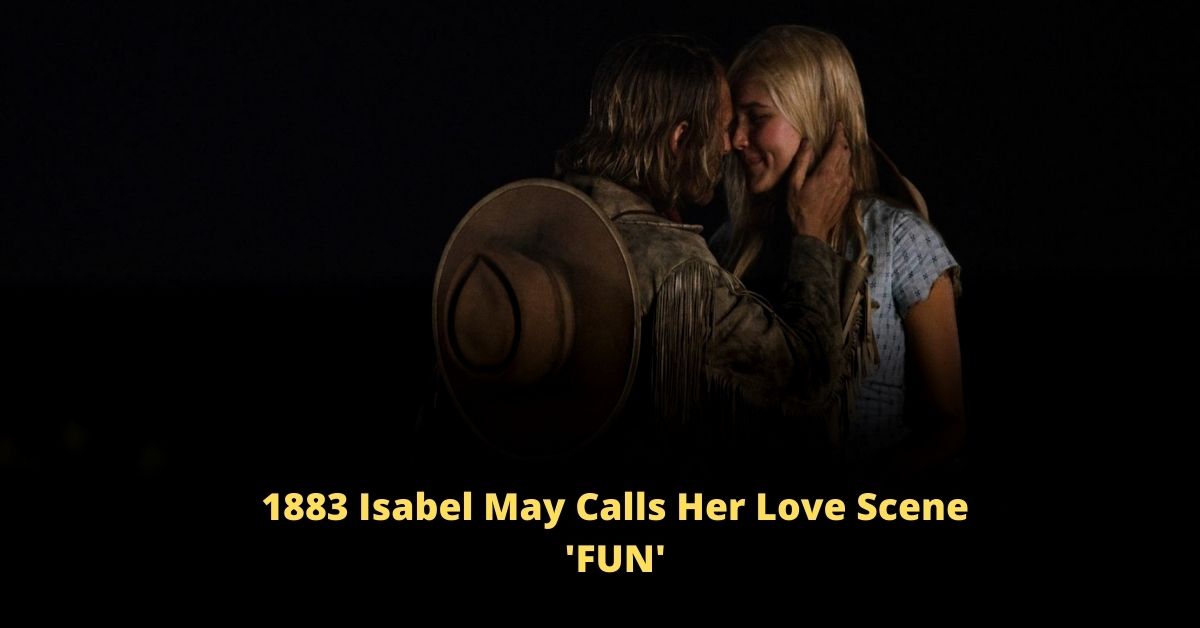 Taylor Sheridan’s series 1883 has turned out to be a game-changer for the careers of many stars and in 1883 Isabel May is one of them. With her insane performance as Elsa Dutton in 1883, she has got the limelight.

1883 gave her global exposure to the audience and also her first-ever intimate scene on the screen as Elsa Dutton. So, recently, in an interview, Isabel May aka fan-favorite Elsa Dutton revealed her experience with her first love scene in 1833. Here is all we know.

In a recent interview with the Hollywood Reporter Podcast, Isabel revealed her experience working in the 1883 series. She also addressed her first love scene, which she mentioned to be quite fun.

The 1883 scene was the first on-screen intimate screen for both the stars – Isabel May and Eric Nelson.

The beautiful relationship between the main protagonist of 1883, Elsa, and a cowboy Ennis is a treat to watch. Their journey as they come closer to each other and share some of the most adorable moments of love stuns the fans again and again.

When Elsa Dutton aka Isabel was asked about the scene, she said, “Her love scene was ‘fun’, because it was my first one, I remember I was kind of going, ‘Well, I wonder what this entails?”

She further added, “Erric (Ennis) was a bit nervous about the scene. It was his first time too. We just kind of walked through it moment by moment with Taylor’s guidance.”

1883 Isabel May also revealed that she was initially tense about how the scene would turn out. However, with Nelson and Sheridan guiding her, it went as well as the audience could expect.

Read More – Top 3 Shows Like 1883 And Yellowstone That You Must Watch Now!